Dr Vinod Nikhra is Consultant and Faculty at NDMC Medical College and Hindu Rao Hospital, a multispecialty in New Delhi. He is a healthcare administrator, academician and clinician. He is an M.D. in Internal Medicine, and qualified and trained in nephrology, endocrinology, and cardiology, and hospital management. He is a Fellow by International Medical Sciences Academy and the Royal Society of Medicine. He has been Editor of “Madhya: the midage”, the official Journal of Association for Health in Middle Aged. He is a Editorial Board Member, the Open Access Journal of Gerontology and Geriatric Medicine and on Reviewer panel of several medical journals. He is a published Author of four books, which include his widely acclaimed books, ‘Aging slowly, Living longer' and 'The Anti-obesity Guide.'

He is a Editorial Board Member, the Open Access Journal of Gerontology and Geriatric Medicine and on Reviewer panel of several medical journals. He is a published Author of four books, which include his widely acclaimed books, ‘Aging slowly, Living longer' and 'The Anti-obesity Guide.' 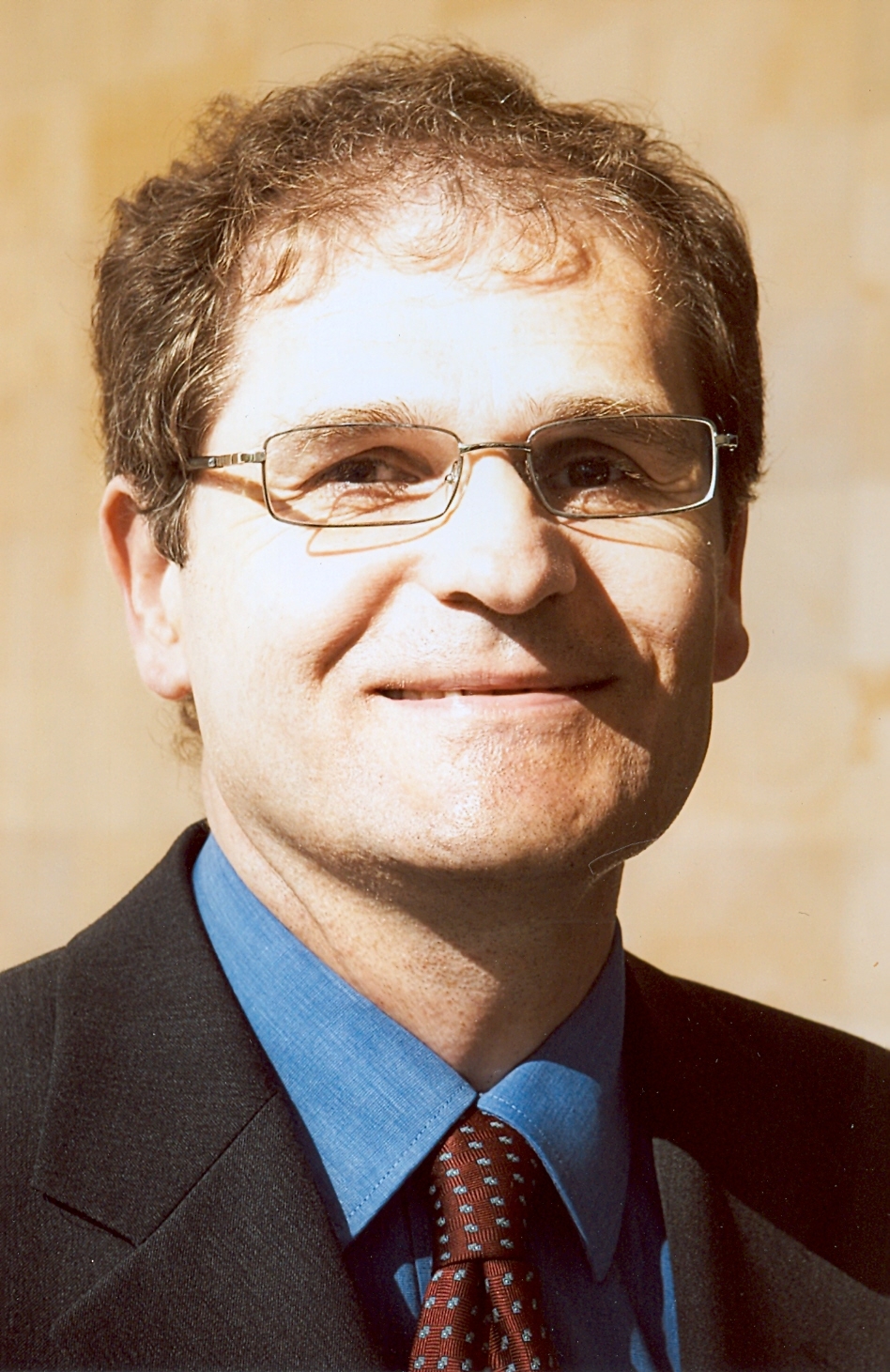 Gastroenterology and Tropical Medicine and Hygiene

Ahmed Farag has completed his PhD at the age of 32 years from Cairo University and postdoctoral studies from Cairo University School of Medicine. He is the Ex-Chairperson of Department of General Surgery and Ex-Chief of Colorectal Unit Faculty of Medicine Cairo university and currently the Emeritus Professor of General and Colorectal Surgery – Kasr Al-Aini medical school - Cairo University, The largest “6500 beds” and oldest medical School in the middle east “{ 200 years”. He has published more than 15 papers in reputed journals and has been serving as an editorial board member of repute including AJG and a reader in the BMJ.

Prof. Aamir Ghafoor Khan currently heads GI & Hepatology division at Lady Reading Hospital in Peshawar, Pakistan. He was till recently Medical Director of Lady Reading Hospital Peshawar, which is one of the largest tertiary care teaching Hospital in Pakistan. Besides being the Focal Person for Hepatology in KPK Province of Pakistan, Prof. Aamir is actively involved in undergraduate and postgraduate teaching and is examiner for MRCP(UK) and FCPS exams. He is currently International Adviser(IA) to Royal College of Physician of London and also Royal College of Physician of Edinburgh. Prof. Aamir Ghafoor Khan is Past President of Pakistan Society of Gastroenterology & GI Endoscopy.He has a sound academic background with presence on editorial boards and as reviewer for various Journals like Arab Journal of Gastroenterology, Hepatitis Journal of Iran, and Pakistan Journal of Gastroenterology etc. He is a core committee member of World Gastroenterology Organisation (WGO) Guidelines Committee.Prof. Aamir is a frequent speaker at various International GI & Hepatology meetings and his unit is actively engaged in clinical research in field of Gastroenterology, with nearly 40 publications to his credit.

Radha Krishan Dhiman M.D , MNAMS , FACG , FAMS graduated from King George’s Medical College, Lucknow, India, National Academy of Medical Sciences, India and then American College of Gastroenterology, USA. He currently serves as as Professor and Head of Department of Hepatology, Postgraduate Institute of Medical Education and Research (PGIMER), Chandigarh, India. He has been awarded Harold O Conn award by American Association for the study of Liver (AASLD),“Basanti Devi Amir Chand” by ICMR, Dr DV Datta Memorial Oration Award, “Apollo Award of Merit” in 2006 by Apollo Hospitals, “Olympus Mitra Endoscopy Award” by Indian Society of Gastroenterology and many more. He has served as the President of International Society on Hepatic Encephalopathy and Nitrogen Metabolism (ISHEN), 2014-2017.In 2008, he also received “Dr BC Roy National Award” from Honorable President of India Smt. Pratibha Devisingh Patil. He is also the member of various societies ,i.e., American Association for the Study of Liver Diseases (AASLD), American, Society of Gastrointestinal Endoscopy (ASGE), European Association for the Study of the Liver (EASL), National Academy of Medical Sciences (MNAMS) till 2010, Indian Society of Gastroenterology (ISG), Indian Association for study of the liver (INASL),Society of Gastrointestinal Endoscopy of India (SGEI), etc.

Dr. Akkary is a Board Certified Surgeon. He started his practice in Morgantown, WV at an academic institution followed by a community hospital where he and his team were able to achieve the designation of Bariatric Surgery Center of Excellence at both hospitals. His extensive background includes General Surgery Residency training in Michigan and two Fellowship training programs; Bariatrics & Advanced Laparoscopic Surgery at Yale University, New Haven, CT and Cosmetic Surgery Fellowship at Shumway Cosmetic Surgery Institute, San Diego, CA. Dr. Akkary performs General and Bariatric Surgery procedures via Minimally Invasive Laparoscopic Approach. In addition, He specializes in Cosmetic Surgery including different aspects of Body Contouring. Since the start of his practice, Dr. Akkary has been consistently receiving Patients' voted awards for his dedicated & compassionate patient care.

Anil Kaul MD, DDS, MPH graduated from Madras Medical College in Medicine, King Georges’ Medical College in Dentistry, and in Public Health from University of Minnesota. He currently serves as a Clinical Professor and Director of High-Complexity Clinical Laboratories at Oklahoma State University-Center for Health Sciences. He has been awarded 6 Patents and has published more than 50 scientific papers. He has served as senior health advisor to the U.S. Department of State and received “Expeditionary Service Award”. In 2014, he also received “Lifetime Achievement Award” at Global Health Summit in Hyderabad, India and in 2008 he was named Sony’s “Scientist of the Year Award”.

Dr. Rodrigo Vianna is the Director of the Miami Transplant Institute since January 2013. Prior to this, he has been the Director of Intestinal/Multivisceral transplant at Indiana University, where, under his direction, the intestinal and Multivisceral transplant program has become the largest and most successful program in the world. He continues to perform a large number of liver transplants and to take care of these patients. His stamina, energy and commitment will continue to equip him for a life of achievements He is fully committed to this project as he believes its successful implementation will lead to better understanding of immunosuppression-related complications such as EBV infection and PTLD and most importantly will lead to improved outcomes for our patients.

replacement of the small intestine, stomach, pancreas, liver and sometimes the kidney, multivisceral transplants are most often used for patients with intestinal failure or digestive disorders who develop complications from intravenous nutrition

Dr. Melnick earned his B.SC., Physics and Ph.D, Chemistry at McGill University and M.D. at Queen’s University. He completed his Pathology residency at Mount Sinai Medical Center, Miami Beach, FL and subsequently joined the Department of Pathology and Clinical Laboratories at Nicklaus Children’s Hospital where he serves as Department Chief. He directs research involving therapeutic development in cancer, immunology and metabolic disorders since 1999, published more than 85 papers in peer-reviewed journals and acquired intellectual property based on this research. He serves as an editorial board member of the Journal of Natural Products in Cancer Prevention and Therapy.

Dominique M. Jan, MD received his medical degree from the Université Pierre-et-Marie-Curie in Paris. He completed his internship and residency in general surgery with special training in pediatric surgery, urology, surgery of the digestive tract and vascular surgery at the Assistance publique – Hôpitaux de Paris. He fulfilled fellowship training in pediatric surgery at the Hôpital Necker – Enfants Malades in Paris and is board certified by the French Boards for General Surgery and Pediatric Surgery. Dr. Jan is a member of numerous leading international professional societies and has published and presented more than 100 articles in the areas of pediatric transplantation of the small bowel, liver and kidney. Prior to assuming his current role of Chief, Division of Pediatric Surgery, and Director, Pediatric Transplantation Surgery, Professor of Surgery, Albert Einstein College of Medicine, he served as attending surgeon in the Department of Surgery at the Columbia University Medical Center, attending physician at the Hôpital Necker – Enfants Malades and as deputy chair of Pediatric Surgery at the Hôpital Saint Camille in Paris.

He is the Head of Therapeutic Endoscopy and Gastroenterology Departament in the National Center of Minimal Access Surgery. Havana. Cuba, a Titular Professor of Medicina from Havana University School of Medicine. He has published more than 51 articles in reputable journals and contributed in 4 textbooks specialty. It has presented more than 50 papers in national and international events and is a member of the Cuban Society of Minimal Accesos Surgery and Gastroenterology.